Hello everyone, and happy new year!
Welcome to 2017.

The first post on RLIH for the year is about a cult called "The ant hill kids".
Reader discretion is advised for this one, as the cult leader, Roch Thériault was a real piece of work. 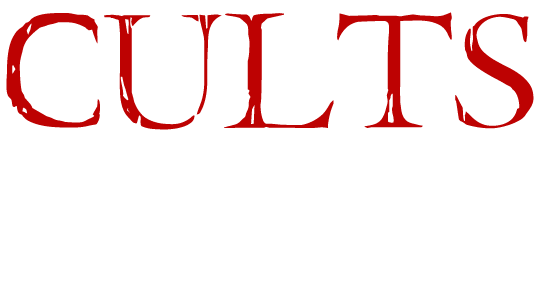 Roch Thériault (aka. “Moses”, “Mosie” and “Papi”) was the leader of a cult called “The anthill kids” which was active in Ontario, Canada in the late 80’s.
He started early, switching his high school text books for a copy of the Old Testament and fervently studied the religious text. 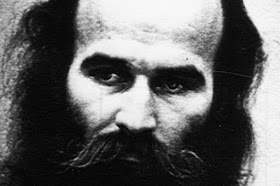 Thériault was naturally skilled in the art of manipulation and control, and his knowledge of the bible was the perfect foundation on which to begin building his own religion. After all, Catholicism had never sat well with him, nor did his stint in Mormonism- so believing that he was a God himself, he began to craft his own set of practices, ethics and rules, a whole new religion that he would preside over. He would be worshiped, powerful and in total control, he would finally be a God.

At first he embodied a sort of new-age spiritual persona, championing a clean lifestyle, as well as freedom, equality and a spirit of unity. But as time went by, as with most cult leaders, he began to tighten the leash on his followers.
The detox sessions and motivational talks that had initially attracted his followers (many of whom were seeking help for addiction or help with self-confidence) were dropped from the agenda and Thériault’s mask began to slip. The friendly community spirit that he had once encouraged was replaced by a grim silence as the ant hill kids members were only permitted to talk with one another when Thériault was present. He relinquished total control of their personal lives- a task made even easier as each member had quit their jobs in the outside world to be with him at all times.
The community generated funds by baking and selling goods they made on the property.
Those under his control lost their freedom and independence and were removed far from their friends and family. It wasn’t unusual for the ant hill kids to be whipped and beaten for general breaking of the rules, no matter how minor their mishaps. 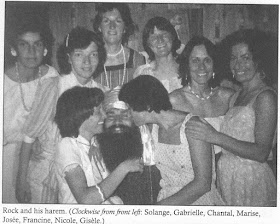 Attempts to escape would result in members having to smash their own knee caps, or being shot by another follower.
All sexual contact between followers was banned  unless permitted by him, and by the late eighties he was believed to have fathered around 26 kids-almost every child in the cult (one child died of exposure after being left outside the compound as a “punishment”)

In classic cult leader style, Theriault moved the group to a more isolated location, breaking off any possibility of contact between members and their family, friends or general outsiders. This is a classic technique used by many cult leaders to ensure total control over their followers; it ensures long term / indefinite control without the chance of members being liberated by relatives or the local authorities.

Just like the speedo wearing, narcissistic, Buddhafiled cult leader Michael Rostand, Thériault sat back and watched as the ant hill kids built an entire town around him on a mountain side in Quebec. They believed that they would see out their final days there in the face of an imminent apocalypse that their leader had predicted to happen in ’79- yet another doomsday cult trope.
The coming of the end of days is often used throughout the control process as the fear of final judgement (and the desperation of the followers to be fully "cleansed of all sin") gives any cult leader the room to amp up the abuse and exploitation. Sadly “the end” never comes, the deadline is reset, and cycle continues.

Although he was generally considered a charismatic, likeable and humorous man by all, Thériault often displayed two very separate sides to those who were trapped in his company- one of a gentle, friendly man and one of a true devil- a vile, sadistic beast of a man who abused his own children and performed drunken surgeries that resulted in agonizing deaths. 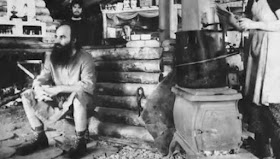 He performed his operations in a grim, cluttered room with dirty kitchen knives on dusty counter tops and tables. He used forced followers as makeshift medical assistants, breathing down their necks with whiskey breath as they sewed up incisions’ under his command.
It is unclear from reading the reports if Thériault was delusional or not, but testimonies from ex-members describe him actually believing in his healing abilities despite the disastrous outcomes of his botched, DIY surgeries.

Unfortunately, hard labour, isolation and complete control were only the tip of the iceberg when it came to Theriaults exploitation and abuse of the adults and children in his control.
He would torture them in the most brutal ways he could come up with and referred to them as “punishments” or “cleansings” to “remove sin”.

He pulled out teeth, had followers amputate each other’s fingers and toes in what he said were displays of loyalty. He ripped out fistfuls of hair, or plucked them out one by one, he amputated otherwise healthy limbs, burned and branded skin, used his followers as his personal toilet, sexually abused both the children and adults as well as performing enemas on them and gruesome surgeries- once ripping out the intestines of a conscious follower who only complained of a stomach ache. Children were even reportedly nailed to trees and pummeled with rocks by other kids.

Theriault was reported to the authorities when a mutilated member escaped and alerted the police. It was a miracle that she had even survived the torture inflicted on her, and she left the ant hill kids with eight less teeth, only one arm, mutilated genitals and breasts and a fractured skull.

Roch Theriault was sentenced to life in prison and was shanked in the neck by his cell mate at the age of 63 in 2011. His killer admitted to the crime immediately afterwards, calling Theriault “A piece of shit”.

The cult never had more than 40 followers, and during its final days the followers consisted mostly of his children and wives.